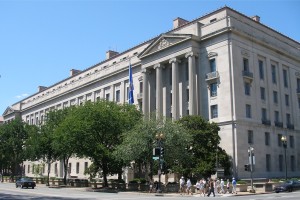 The employer sanctions provision of the Immigration Reform and Control Act of 1986 prohibits employers from hiring, recruiting, or referring for a fee aliens known to be unauthorized to work in the United States. Violators of the law are subject to a series of civil fines for violations or criminal penalties when there is a pattern or practice of violations. The Notice of Intent Fine (NIF) will allege that an employer has violated IRCA in one of the following ways: (a) the employer knowingly hired an unauthorized alien; (b) the employer continued to employ an unauthorized worker; (c) the I-9 records were deficient (i.e., there were paperwork violations, and/or (d) the employer failed to provide the INS access to the I-9 records in a timely fashion.

The NIF will recite all of the facts and alleged violations and set a proposed penalty. Upon service of the NIF, an employer has 30 days to contest the NIF and to ask for a hearing before an Administrative Law Judge (ALJ). An employer’s failure to request such a hearing will result in a final order.

If an ALJ rules against an employer, the employer has 45 days to file a petition in the Court of Appeals for the appropriate circuit for review of the order.

John J. Hykel has been able to reduce fines assessed in the Notice of Intent Fine though negotiation and compromise. Compromise has also been reached for cases set for administrative hearings before the Administrative Judges of the Executive Office for Immigration Review.

His many success stories are a testament to the experience of over 20 years. Mr. Hykel brings to the practice of immigration and citizenship and his background as a former General Attorney at the United States Immigration and Naturalization Service (INS), the predecessor of USCIS.

Realizing Your Dreams for a New Life in the United States